HOW GROSS NATIONAL HAPPINESS CAN REINVIGORATE THE LEFT IN EUROPE 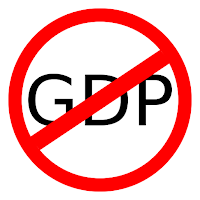 I could not have been more wrong in my assessment, prior to the conclusion of the marathon negotiations that averted, for the time being, at least, Greece's departure from the Euro, that her prime minister Mr Tsipras would not sign up to a deal that would heap further damage on his country's economy.

Like other observers, I had over-estimated the contingency planning of Greece's left-wing Syriza government, which turned out not to have a plan B - not one, at least, that it was willing to execute. It was obliged, therefore, to fall in with whatever accommodation the other Eurozone members were prepared to extend to them.

In thus finally succumbing to the ineluctable pressure of his Eurozone colleagues, Mr Tsipras tacitly acknowledged on behalf of his party the overwhelming power of money to frame political decision-making. The Eurozone is structured to prevent governments from unnerving the markets by borrowing more than they can easily afford.

Since attracting capital investment has become an internationally competitive business in its own right, forcing down corporation and capital taxes, it is becoming clear that the tools no longer exist in Europe that would enable traditional left-wing policies to be enacted.

The Labour leadership contest reflects, in microcosm, Syriza's dilemma. Britain is more dependent upon the world’s money than most countries. It spends far more on imports than it can pay for with its exports, so the willingness of investors to buy sterling-denominated assets is critical to keeping the UK currency afloat.

The three mainstream candidates accept that. Along with social-democratic movements across Europe they know that socially progressive spending - and the taxation that permits it - is only possible to the extent that the markets allow. Against them, Jeremy Corbyn is standing on a “Syriza” ticket, determined that the corporate interests that have captured the market can be put in their place.

If Mr Corbyn wins, it follows that he will then be confronted with a “Syriza” reality - that low wage, insecure employment is the price that Britons must pay for the continued indulgence of the international financial markets. The choice between exploitative work and no work at all presents the entire labour movement with an existential dilemma that, at present, it is ill-equipped to solve.

The solution may be out there, however. In a basement room at Central Hall, Westminster, on Monday, a hundred people gathered to discuss wellbeing. The theme of the event, organised by the government-funded What Works Centre for Wellbeing, was wellbeing and public health.

It may not sound revolutionary, and yet, whenever wellbeing enters the public discourse, the subtext is profoundly political. In offering an alternative to money as the ultimate repository of what humans value, the wellbeing movement is questioning the fundamental economic assumptions that inform government policy.

In the wellbeing narrative, value lies in whatever improves the experience of people's lives. Money is a useful tool, but not an end in itself, so, by measuring human progress in terms of the money transactions that fuel GDP growth, policy-makers exclude important personal, societal and environmental factors that profoundly affect the quality of people's lives.

Wellbeing policy has been pioneered in the Himalayan state of Bhutan, where an index of Gross National Happiness has been been a key driver of decision-making since the 1970s. According to Dr Tho Ha Vinh, Programme Director of Bhutan's Gross National Happiness Centre, the term “happiness” is not used in the western, hedonistic sense, but describes the conditions of autonomy, fulfilling work, effective relationships and good mental and physical health that allow people to participate freely and productively in the life and work of their communities.

Happiness, therefore, is not so much the brief oblivion of “happy hour” as the sustainable equilibrium of a secure, productive and fulfilling life. Economic activity is central to this, but in a wellbeing economy this includes not just money-making but everything people do that gives meaning and value to their lives. Herein lies a big opportunity for those in search of a new toolkit with which to re-establish democratic control over social and economic policy.

Under the prevailing neoliberal orthodoxy, financial capital knows no boundaries or national allegiance. Governments have all the responsibility for ensuring that their citizens can access the wealth that they need, but little of the power they need to capture that wealth and put it to social use. Expensive, safe assets and a flexible, inexpensive workforce are the conditions to which capital is most attracted, so there is a corresponding social cost to be paid in unaffordable housing, low wages and insecure employment.

Wellbeing offers a route out of this systemic crisis. For so long as political, social and economic progress are measured in money terms, the forces of financial capital will continue to wield the upper hand. One way to overcome them is to follow the lead of Bhutan and start measuring something else - something that is closer to the real aspirations that humans feel.