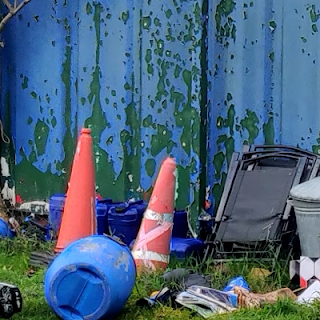 The deepening divides in both US and UK politics are fuelled not by inequality but by the economic stress to which everyone is vulnerable. To reduce that stress we need to change the system that is creating it.

As the US election results unfold, many are asking how it is possible that even more people have voted for Trump, now they have seen what he is capable of, than voted to “give him a try” in 2016. It’s a different version of the question that arose in the context of the UK’s Brexit referendum. How come the UK’s manufacturing and agricultural regions were among the strongest supporters of Brexit, when they are the ones likely to suffer most?

Part of the answer is that all democratic politics is tribal to some degree, so rational analysis often takes second place. Ramping up the divisiveness entrenches allegiances and makes crossing from one side to the other much harder to do.

But why is this working? Why, in the US, the UK and elsewhere, are people, who, under normal circumstances, are keen to get along, so easily corralled into opposing groups that profess not to understand each other? The easy answer is that it’s economic circumstances - the haves and the have-nots, the privileged and the deprived - but the evidence doesn’t support that. There are deprived Brexiteers and super-rich ones; left-behind rural Trumpists and wealthy urban ones, too. The middle classes in both cases split both ways.

So maybe it’s “cultural”, but what does that mean? People retreating to their comfort zones, defaulting to conservative or liberal positions on social issues such as crime, race, immigration and national identity. But that’s also too neat: it’s absurd to suggest that there are no socially progressive Brexiteers or that all of the social conservatives in the US default to Trump.

The truth is that pretty much all politics is economic, because politics has to do with the management and allocation of national resources. The “cultural” trope is a way of obscuring that reality – a classic instance of divide and rule. So probably “economic” was the right answer, but for a different reason. The distinction between well-off and badly-off, privileged and deprived, may just be the wrong way to look at it.

A better term than “economic circumstances” might be “economic stress”, because that is something experienced across the income range. At whatever level people operate, the fear of dropping below it can mean a constant struggle with long hours, hard work, anxiety and illness, both mental and physical. In the current economic system, most people are experiencing stress of some sort, because that’s how the system works.

When people are experiencing economic stress they look for a reason, and they are supported in that search through identification with a group. The divisiveness of the Trump presidency and campaign, hugely augmented by the Covid crisis, has raised stress levels greatly, so that group identity has become stronger during the campaign. Which group people subscribe to is a secondary issue. It depends on plenty of factors, including background, temperament and world view, some of which may operate in a random way. The important point is that dependency on the chosen group strengthens as the stress increases.

Aside from a short-lived surge of relief or disappointment, the Biden victory won’t do much to change this overall picture. That’s because the underlying economic stress is hard-wired into the system. It pre-dates Trump and it pre-dates Brexit. In the UK it’s unrelated to membership of the European Union, and in both countries it arises from economic policies endorsed on both sides of the partisan divide.

The effect of those policies has been building up for several decades, but since the crash of 2008 it has been particularly marked. The transfer of money out of the real, productive economy into the cold storage of assets such as property, stocks and shares has eliminated much of the usable surplus from people’s lives. Many, even relatively comfortable, families live with little margin of error; indeed the latest figures from the UK show that 43% of families have no savings at all, while a further 11% have less that £1,500 to fall back on. And this on top of continually rising levels of household debt. In economic terms that’s the definition of stressful.

The transfer of money from the real economy in which money circulates to the asset and debt economy where it’s not available for productive use is entirely reversible if the right policies are put in place. This, in turn, would reduce the level of economic stress and dial down the tendency towards divisiveness in our politics.

That’s a healing process, which is why it’s appropriate to call the stressful economic system in which we currently operate the money disease. The way that money has shifted from being a tool to produce wealth into a means by which wealth can be stored away unproductively has made both people and society sick. The cure cannot come too quickly.