Moving the chairs on the Titanic 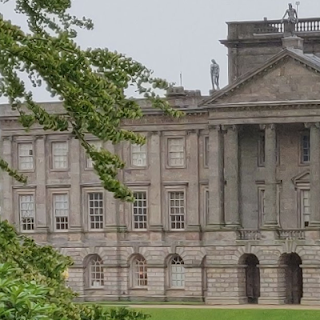 As Chancellor Rishi Sunak moved the chairs around on the slowly sinking deck of the UK economy on Wednesday, one thing we can say for certain is that the well-off, and particularly the super-well-off, will come out of the economic downturn very much better off than everybody else.

There’s a cast iron precedent for this, and also a good reason. For the precedent, look only to the ten years following the financial crash of 2008, during which household wealth - the wealth of people who already owned the most wealth - increased by 40%, while average household incomes - the money that most people rely on to live - did not increase at all. With unemployment set to rise and a freeze on many public sector wages, this pattern is now nailed on for a repeat performance.

As to the reason, it’s very simple. For decades government policy to stimulate economic growth has been to pour money into the private business sector - pouring it into the top of the wealth pyramid in the vain hope that it will somehow trickle down. Some of it does, but far more gets stuck at the top.

The vast majority of the money that the Bank of England poured into the economy at the government’s behest following the 2008 crash went into assets such as property, stocks and shares, inflating their value enormously but making housing more expensive for everybody else.

During the Covid-19 crisis we’ve seen profitable contracts for vast sums passed with very little scrutiny to private firms for schemes such as Test and Trace and the supply of PPE. Both of these would have been far more cheaply and effectively carried out if local and regional health structures had not been starved of money through the years of austerity.

Who’s to blame for all of this? The odd thing is that it’s not rich people, and it’s not those profitable companies either. They're just doing what the system dictates. It’s not even the government - at least, not the government officials who have to play with the hand they’ve been dealt. To blame is the system, built up over decades of policy decision-making all rooted in the idea that money is the prime motivator for anybody to do anything remotely productive.

The outcome is that pretty much the only way to make money in the economy is to have money in the first place. And for those who do have money - a lot of money - it is quite difficult not to make more of it as a result of government policy. For example, 0.1% interest rates are no use to people with credit card debt or overdrafts, who are often stung for 20 or 40%. But they're great for company shareholders because they push up the value of their investments.

Nothing the Chancellor is going to do today or any other day will change this. To achieve an economy that really does level up and work for the great majority of people we need to adopt a different system - one that thinks about money in a completely different way.